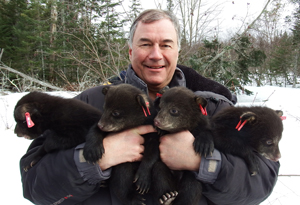 About Bob:
In September 2003, Bob Duchesne retired (temporarily) from a 31-year career in radio - a career so infamous that The Country Music Association tapped him as America's Broadcast Personality of the Year in 1994. He was inducted into the Country DJ Hall of Fame in Nashville on March 2nd, 2004.

Upon his departure from radio, Bob won a seat in the Maine House of Representatives and served six terms, chairing the Environment and Natural Resources Committee, and later the Inland Fisheries & Wildlife Committee. Today he serves on the the Maine Board of Environmental Protection.